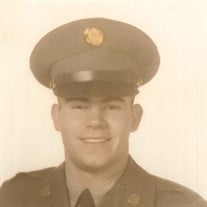 Glenn Lane, age 85, of Newport, TN, passed away at Parkwest Medical Center on November 17th. Glenn was in good spirits until the end, never missing an opportunity to strike up a conversation with a future friend. Glenn was born in Greeneville, TN in 1936. Following High School, he volunteered for the Army and served 3 years (1957-1960) as a supply clerk at Ladd Air Force base in Alaska and Fort Chaffee in Arkansas. Glenn returned to Tennessee after leaving the Army and eventually moved to Newport after he was hired at the new Lowes store. Glenn’s previous work as a supply clerk in the Army greatly assisted his work at Lowes and would further assist him in multiple future supply/hardware-related jobs; He would go on to work at Home Supply, Bryant & Pack, and also open his own store, Newport Lighting and Paneling. Glenn’s Lighting and Paneling business unfortunately burned down, along with the Newport Skating Rink in the early 1990s. Ever the optimist, Glenn moved on from the fire by opening up a mini storage at the same location. After retirement, Glenn also worked odd jobs to stay busy and meet new people, including stints at FedEx, Flowers by Wilma, and the Newport City Park. Outside of work, Glenn enjoyed every opportunity to be social. He loved our mountains, our heritage, and our people, and he particularly enjoyed being able to throw an old-time Appalachian saying into a conversation. Glenn’s love of the area was never more evident than when he was hiking with his friends; he especially loved it when he and his fellow hikers joined the 900-mile club for hiking all the marked trails in the Smokey Mountain National Park. He also enjoyed golfing, camping, and traveling to antique car shows with his friends. Anyone that knew Glenn also knew that he liked to collect things and that every collectible was “rare” in some fashion and that all “old things” had a story to tell. Always civic-minded, Glenn volunteered time with multiple local organizations over the years, including stints with the Newport Fire Department and the Newport Rescue Squad; He became a Rescue Squad Captain in the 1970s and a lifetime member in 1982. Glenn cherished his time with the Rescue Squad and never missed an opportunity to tell you about the efforts he supported and the friends he made. Glenn is survived by his wife of 48 years, Cheryl Lane; daughters, Miranda Allen and Pam Fisher; grandchildren Danielle “Nikki” Maurer, Daniel Jennings, William Lane Allen, Sarah Faye Allen, and Elizabeth Grace Allen; 3 great grandchildren Isaac and Ethan Maurer and Chase Jennings; extended family Christy Kiser Rudd and Jamie Dyke Newport. Glenn is preceded in death by many special friends and one loyal Jimmie Dog. The family will receive friends from 5:00 pm – 7:00 pm Saturday, November 20th, 2021 at Manes Funeral Home with Funeral services to be held after visitation at 7:00 pm with Rev. Tom Mooty officiating. Graveside service and burial will be held at 1:00pm Sunday, November 21st at Union Cemetery in Newport. Family and friends may sign the guest register online at: www.manesfuneralhome.com. Arrangements by Manes Funeral Home.

Glenn Lane, age 85, of Newport, TN, passed away at Parkwest Medical Center on November 17th. Glenn was in good spirits until the end, never missing an opportunity to strike up a conversation with a future friend. Glenn was born in Greeneville,... View Obituary & Service Information

The family of Glenn Lane created this Life Tributes page to make it easy to share your memories.

Send flowers to the Lane family.