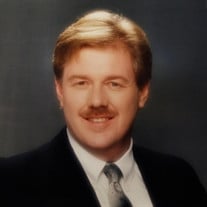 James Lane Harris, 68, a Ramblin' Wreck from Georgia Tech and a helluva engineer, and a member of Bruner's Grove Methodist Church, passed from this life on Tuesday evening, February 2, 2021 at his home in Bybee, TN. He was surrounded by his beloved family. Known to most as "Jim" and to his closest family as "Griz," Jim was born on December 27, 1952 in Bluefield, WV. Much of his childhood was spent baling hay and tending to livestock. He briefly attempted playing baseball while attending Tazewell High School but stayed too busy on the family farm. He was a 1970 graduate of South Dade Senior High School in Homestead, FL where he played football. He was deeply protective of his younger sisters, but delighted in tormenting and embarrassing them. While working towards a 1974 graduation from the Georgia Institute of Technology Jim regularly got his "oil changed" at The Varsity and enjoyed bits of mischief with his Kappa Sigma brothers. During the summer of '72, he met the love of his life over a horse saddle. They were married for 47 years, raising three children, and moving all around the country in support of his career in textiles engineering and management. Jim was the kind of Dad who wanted his children to be well prepared for the world. He spent many hours teaching them everything from turning wrenches on engines to proper concrete composition to the finer points of rock'n'roll. He rarely missed one of his kids' extracurricular events, always with a camera recording as he cheered them on. He encouraged them into international travel and new experiences. When his children married, their spouses also became members of the "best kids on the planet" club. Jim liked to say he had an unofficial BS degree in BS. He loved horsepower, traveling, telling stories, and finding the smoothest Long Island Iced Tea. Nothing was done until it was drawn out on a napkin and over-engineered, and he always went big or went home. He especially loved to spend time with his family and friends, but his true pride and joy was his granddaughters. He leaves us with a legacy of a generous servant's heart. Jim is preceded in death by his parents, James Lee "Bub" Harris and Barbara Lane Tabor Harris, sister Jerry Harris Buchanan, and brothers-in-law Marvin S Harold and Stuart “Winn” Buchanan. He is survived by his wife, Geraldine "Gerry" Thompson Harris, and children Toni Harris, Jimmy Harris and his wife Christie, and Amanda and her husband Michael Lane; his two granddaughters Ruby Harris and Amara Lane; and siblings Jane Harold, Crystal Daugherty and Crystal’s husband, Kenny. A celebration of life will be held at the Bruner’s Grove United Methodist Church fellowship hall, 2416 Knob Creek Rd, Bybee, TN 37713 on Wednesday, February 10, 2021 at 6:00 pm. For those who wish to send flowers, please request delivery after 12:00 pm to the fellowship hall. In lieu of flowers, a donation may be made to the church at PO Box 33, Bybee, TN 37713. At Jim Harris’ request, a second celebration will be held at a later date (to be determined) in his hometown of Tazewell, Virginia.

James Lane Harris, 68, a Ramblin' Wreck from Georgia Tech and a helluva engineer, and a member of Bruner's Grove Methodist Church, passed from this life on Tuesday evening, February 2, 2021 at his home in Bybee, TN. He was surrounded by his... View Obituary & Service Information

The family of James Lane Harris created this Life Tributes page to make it easy to share your memories.

Send flowers to the Harris family.