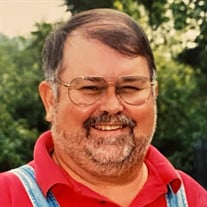 Michael Carter Moore, age 70 of Cosby, passed May 9, 2021 after multiple lengthy illnesses. He had just spent Mother’s Day with family including his 91 year old mother, wife of 52 years, and dear sister. He was preceded in death by his father Manney Moore, grandparents John Lewis and Callotte Moore, Walt and Ima Brown, and father and mother in law Carl Jay and Emma Dean Carver, Sr. He is survived by his mother Betty Jean King, wife Janie, sons Manney (Liz), Carter (Renee), grandchildren Maggey Moore, Manney Moore II, Katey Moore, Janey Moore, Carter Moore II, and sister Nancy (Dale) Raines. He is also survived by Coby McGaha, whom he loved like a son, his best friend of forty years Jerry Brown, and too many other friends to mention. He treated many like family and they soon turned into the family. He had a tremendous love for the outdoors, his small farm and business, family and friends. He was a graduate of Cosby High School and ETSU. He was an educator in the Cocke County School System from 1973 to 2001. He was Assistant Principal /Athletic Director during the final years of his tenure. He enjoyed numerous accomplishments as a coach including a High School Baseball District Championship, the last Cosby Elementary Boys Championship in 1983, Girls High School Basketball District Tournament Championship and led the 1987 Cosby High School Boys to their first state tournament appearance in 1987 where they reached the state semi finals. “There have been many since”. He touched many lives working as a teacher, coach, and administrator for the Cocke County School System He was a big supporter of Cocke County especially the Cosby Community. A special thank you to the staff at LeConte Medical, Stephen Miller and Doctor Malcolm Foster, Chief Deputy Michael Hodges and Deputy Randall Mitchell and the Sevier County Sheriff’s Department, Chris Norton and the staff at the Cocke County Transportation Department. A visitation will be held Wednesday from 4:00-7:00 pm at Manes Funeral Home. Burial 11:00 am Thursday in Waters Large Cemetery. In lieu of flowers donations can be made to the Fourth Judicial District Drug Recovery Services, Cocke County Education Foundation or the cause of your choice. Arrangements by Manes Funeral Home.

Michael Carter Moore, age 70 of Cosby, passed May 9, 2021 after multiple lengthy illnesses. He had just spent Mother&#8217;s Day with family including his 91 year old mother, wife of 52 years, and dear sister. He was preceded in death by his... View Obituary & Service Information

The family of Michael Carter Moore created this Life Tributes page to make it easy to share your memories.

Send flowers to the Moore family.