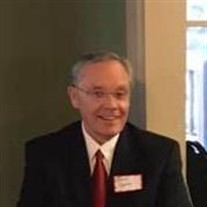 Roy Benjamin (Benny) Conley II went to his eternal home while at Vanderbilt University Medical Center on Sunday, November 15, 2020. He waged a fierce battle with glioblastoma multiforme for the past seventeen months and demonstrated his unwavering... View Obituary & Service Information

The family of Roy Benjamin (Benny) Conley II created this Life Tributes page to make it easy to share your memories.

Send flowers to the Conley family.