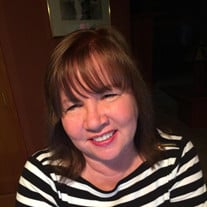 Teresa Ann (Bush) Nedelman, aged 62, of Waterford, Michigan passed away Wednesday, March 16th 2022 due to complications associated with Mesothelioma. Teresa was born in Dandridge and was a childhood resident of Cosby. She attended Morristown West High School and upon graduation served in the USAF Strategic Air Command, based out of Offutt AFB, Omaha NB. Following her service, she re-located to Los Angeles, California and embarked on a career in the Aerospace industry as a Quality Assurance Engineer. Re-locating once more to Detroit, Michigan she was employed within the automotive electronic supply base, fulfilling her role as a Quality Warranty Supervisor. Concurrently she also completed her degree in Business Administration at Oakland University. At the time of her passing she resided in Waterford, Michigan where she leaves behind many close friends, associates and colleagues. She was preceded in death by her paternal grandparents, Grandville Bush and Rhode Island (Hensley) Bush along with her maternal grandparents, Ben Phillips and Clara (Barnes) Phillips. Her father, George A. Bush and mother, Lois (Phillips) Lancaster. She is survived by her husband, Marc Nedelman, stepson Derek Nedelman of Michigan and California respectively. Brothers, Jeff (Sandra) Bush of Ohio, Chris (Sandi) Bush of Virginia, sisters Sherri (Joseph) Broyles and Tammy (Alvin) Ford of Morristown and Cosby respectively. Aunts Reda O’Neil, Arletha Sutton, uncles Dayton Phillips and Glen (Sharon) Bush. Teresa also leaves behind her loving cat, Alexander along with several nieces, nephews, great-nieces and nephews along with a host of devoted friends. The family will receive friends and acquaintances from 2:00pm until 4:00pm, Saturday, March 26th2022 with the funeral service following at 4:00pm, with Mark Brown officiating. Family and friends may also sign the guest register online at: www.manesfuneralhome.com Arrangements made by Manes Funeral Home.

Teresa Ann (Bush) Nedelman, aged 62, of Waterford, Michigan passed away Wednesday, March 16th 2022 due to complications associated with Mesothelioma. Teresa was born in Dandridge and was a childhood resident of Cosby. She attended Morristown... View Obituary & Service Information

The family of Teresa (Bush) Nedelman created this Life Tributes page to make it easy to share your memories.

Send flowers to the Nedelman family.