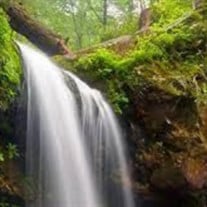 William Frederick Clark was born in the Rankin Community on October 27, 1936, passed away Wednesday, June 22, 2022. His family lived in Cleveland, Ohio in the early forties. They returned to Newport to live where Fred graduated from Cocke County High School in 1955 (and from Knoxville Business College in 1956). Fred and Mary Ann McAndrew were married on June 23, 1960. They lived in Orlando, Florida for fifteen years, returning to Newport and the mountains in 1976. Fred was a member of the First Baptist Church where he very much loved his Sunday School class. During his working years, he was employed in banking and insurance and the state employment office. You most often knew him as he drove in the community in the orange Volunteer truck. He was preceded in death by his father and mother, William Rex and Aurelia Tittle Clark, and his sister, Norma Lou Clark Miller. He is survived by his wife of sixty-two years (less one day), Mary Ann McAndrew Clark, son, William Rex Clark, grandchildren, Kaylee D. Clark, Carly Bowen Garcia (Angel Garcia) (Fort Sill Oklahoma), and Eowyn Ithilia Clark. He has one great-grandson Angel Garcia, Jr. Also surviving are his brother-in-law, Clarence Miller and nephews Clark and Bruce Miller. The family expresses many grateful thanks to Smoky Mountain Home Health personnel. In lieu of flowers the family requests that donations be made to the First Baptist Church Building Fund, 261 E. Broadway Newport, TN 37821 . The family will receive friends from 12:00 noon until 2:00 pm with funeral services following at 2:00 pm Sunday, June 26, 2022, in Manes Funeral Home Chapel, with Dr. Rich Lloyd officiating. Burial will follow in Union Cemetery. Family and friends may sign the guest register online at: wwww.manesfuneralhome.com. Arrangements by Manes Funeral Home.

William Frederick Clark was born in the Rankin Community on October 27, 1936, passed away Wednesday, June 22, 2022. His family lived in Cleveland, Ohio in the early forties. They returned to Newport to live where Fred graduated from Cocke County... View Obituary & Service Information

The family of William Frederick Clark created this Life Tributes page to make it easy to share your memories.

William Frederick Clark was born in the Rankin Community on October...

Send flowers to the Clark family.